In the story mode of “FlyInTheHole“, you have to control the rescue ship to bring the crew back to the surface. Along the journey of around 6,375 km, You will face insane obstacles through layers of the Earth. These layer are Inner Core, Outer Core, Mantle and Crust. 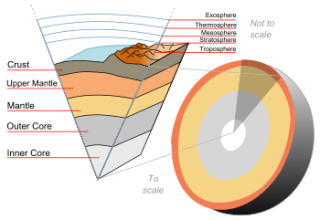 The Core are divided into two layer, Inner Core and Outer Core. The Inner Core is a layer of iron in solid state. It has distance around 1,200 km from the center of the Earth.

Next to the inner core is the Outer Core. This layer is a liquid state of iron that moving slowly around the Inner Core. It has distance around 2,300 km from the Inner Core.

The Mantle is the thickest layer of the Earth which has about 2,900 km thick. It is a layer of rock that take 84% of Earth’s volume. Next to the Mantle is the Crust that ranges from 5–70 km and is the outermost layer.

Finally, If you have enough pilot skill, you can get the big bonus near the surface. The 10k Diamond!

View all posts by Triple Toma